A Glimpse of Hollywood Riviera's History 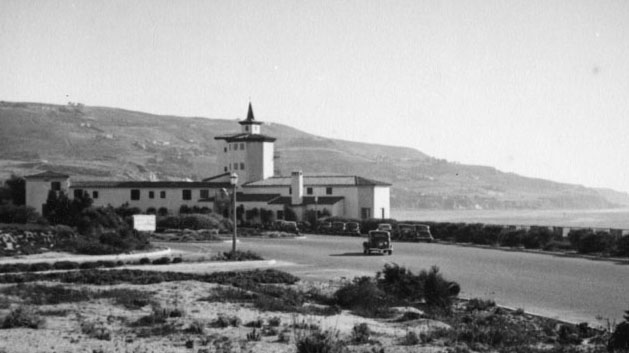 In the early 1900s, train lines opened to connect regional America, rumor had it that southern California enjoyed spring weather in January, and Hollywood offered unique allure. Many came to settle in greater Los Angeles with hopes of enjoying fame and fortune.

A native of Oregon named Clifford Reid was forward-thinking and, enamored with Hollywood. He enjoyed initial real estate success selling lots in LA and the San Fernando Valley, and it was he who coined the name North Hollywood. South Redondo’s idyllic coastline reminded him of his travel to the French Riviera.

Reid was certain that this beautiful region would be a natural location for the Hollywood set to buy and build. He employed a sales force to visit high-end hotels, seek out tourists, and drive them down to the Hollywood Riviera development. A free lunch was served, during which a promotional film hopefully convinced them to buy.

The Reid home on Monte d’Oro was the first built in the area and welcomed visitors including Clark Gable, Gary Cooper, John and Ethel Barrymore.

A few movies were made in the thirties and a few smart producers did invest, but the Hollywood scene never did materialize after all. LA’s Red Cars and the Barnum&Bailey Circus were signatures of Hollywood Riviera at one time. A once-famous Beach Club's double (restored) stairwells still lead from Miramar-Dolphin Park to the sand.The elaborate Club burned to the ground in the late 50s, which is where the popular Burnout Beach moniker came from.

The Great Depression took its toll in the 1930s; the region was not immune to struggle and strife. After World War II, GIs returned home to marry and start families, and the Hollywood Riviera region finally began to thrive as a prosperous community in the late 40s and into the 1950s.