With its thriving beachfront community, living in Redondo Beach offers the quintessential Southern California experience. Take a walk down the esplanade to the pier, and the neighborhood's charm quickly becomes apparent. Popular as both tourist destination and place to live, Redondo Beach has a uniquely urban appeal. 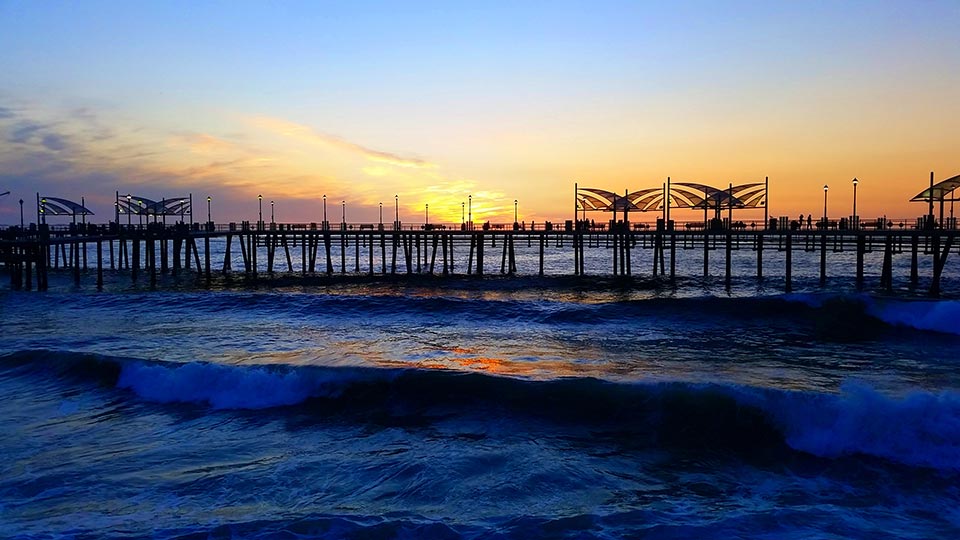 The emergence of present-day Redondo Beach goes back to 1887, when the sisters Dominguez sold a portion of their 75,000 acres of coastal land, originally granted by the Mexican government, to real estate developers eager to cash in on the South Bay's growing tourism industry. Unfortunately, the area was still too remote and untamed. It was not quite ready for a tourism boom. The developers had no choice but to abandon their ambitions.

Oregon steamship baron John C. Ainsworth, seeking a port to ship lumber from the Pacific Northwest to the new cities of the Southwest, saw an opportunity and hastily bought up the land. He transformed the area transformed into a land of timber mills and railroad lines, ferrying freshly cut lumber throughout the region. 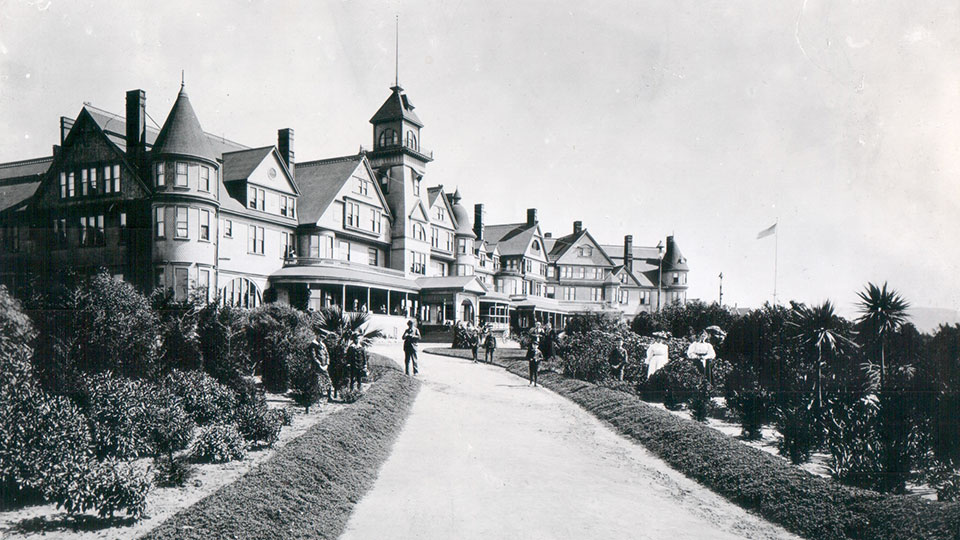 With a commercial presence firmly established, developers were finally able to push for the area to become a tourist destination. Their first major effort became the Hotel Redondo, a beachside luxury resort for the well-to-do. It opened in 1890, soon followed by a pier, hippodrome, and other tourist landmarks. Redondo Beach continued its ascent until the Great Depression, when its reliance on tourist dollars became painfully apparent.

Though challenged severely by a national financial downturn, it did not take Redondo Beach long to recover during the postwar economic boom. Considering its prime beachfront location, this comes as little surprise. People came back in droves for the great surf and laid back California ambiance. Today, Redondo beach stands as one of the South Bay's most sought after tourist destinations and residential communities. 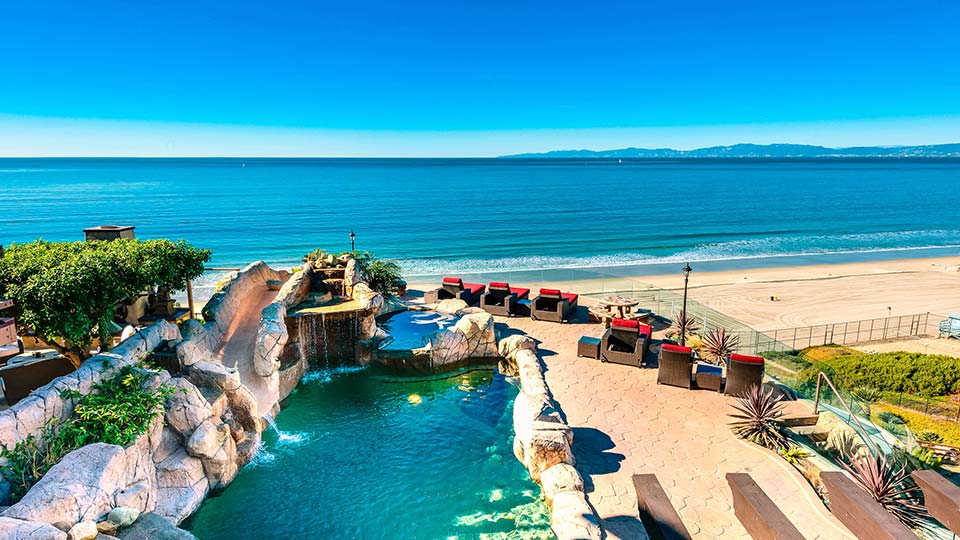 Places to Visit in Redondo Beach

Living in Redondo Beach means you always have somewhere fun and interesting to go. Take a leisurely walk along Redondo's unique triangular pier, enjoy an afternoon of surfing, or spend a relaxing day at Veteran's Park. If you love being out and about taking in the crowds, Redondo Beach has a lot to offer. 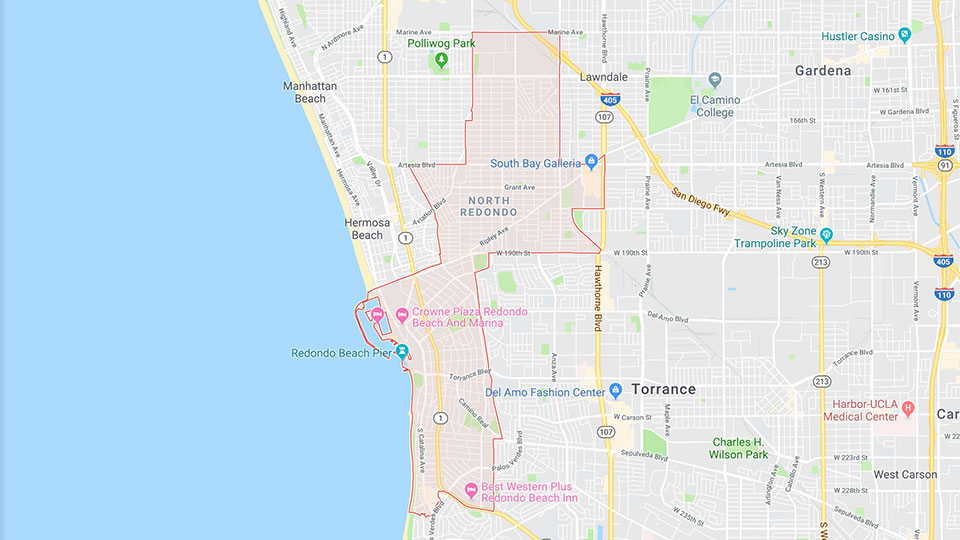 The single greatest reason for the community's popularity, Redondo Beach is a place of year round enjoyment. Common sights include playful sea lions, plenty of surfers, and small vendors with all manner of delicious treats. Just a short walk away, one finds an impressive plentitude of dining and shopping choices. Moreover, the beach is very well maintained and family-friendly. 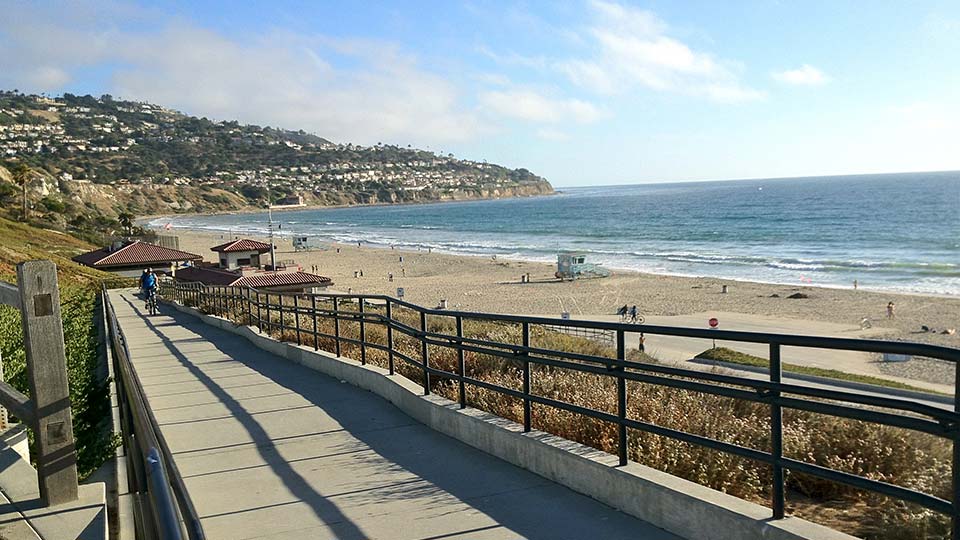 The Redondo Beach Pier is certainly not your typical pier. Instead of extending out into the water, it wraps around in a traingular shape, giving you more angles from which to appreciate the vast ocean landscape. It's an excellent place to enjoy a leisurely stroll and take in the beautiful sights. Moreover, it offers a variety of food shopping locations. 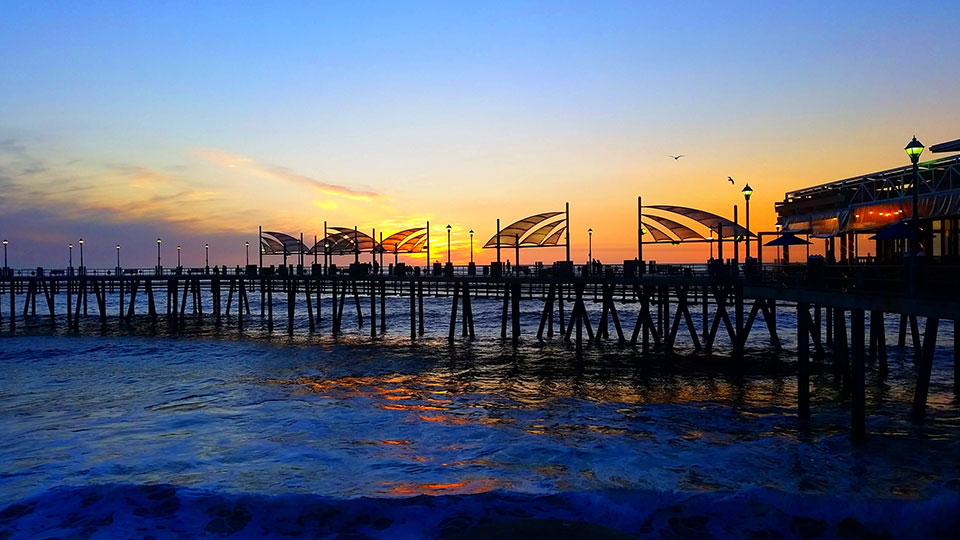 Located south of the pier, Veterans Park is a 6.3 acre park on the corner of South Catalina Avenue and Torrance Boulevard. It includes the Veterans Park Community Center and Veterans Park Senior Center. Well maintained grassy areas provide plenty of room for a families to picnic and for children to play. There are also outdoor basketball courts, a children's playground, a baseball field, and a gym. Though there is a decent amount of available parking, it's best to arrive early. Those living in Redondo Beach close to the park can enjoy all its benefits without ever having to worry about parking. 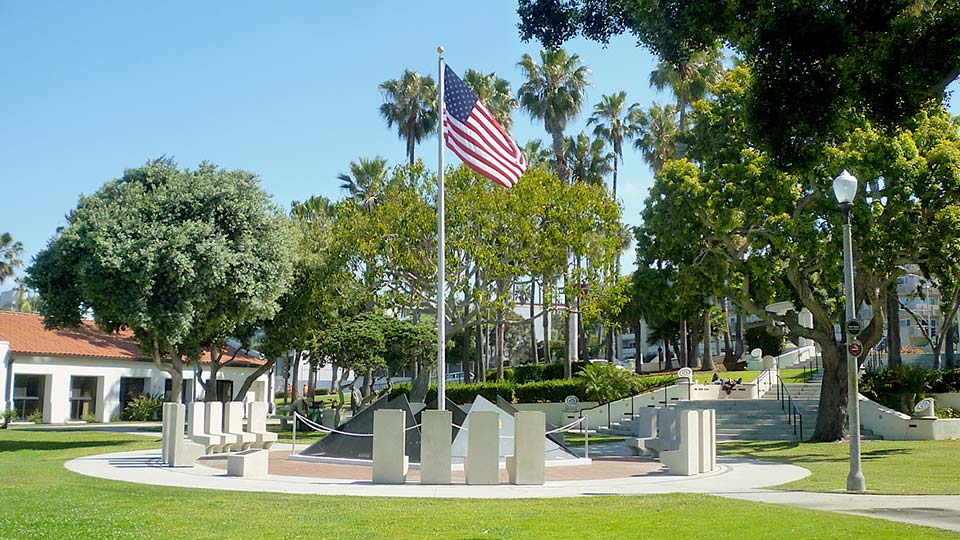 Memorial in the heart of Veterans Park.

The SEA Lab is a LA Conservation Corps program that provides the community with free and low-cost marine science and conservation education. It is a treasured resource to the animals, local community, and young people it serves. Over its 20+ year history, the SEA Lab has educated over 230,000 students. Many residents describe visiting the lab as an 'eye opening experience'. 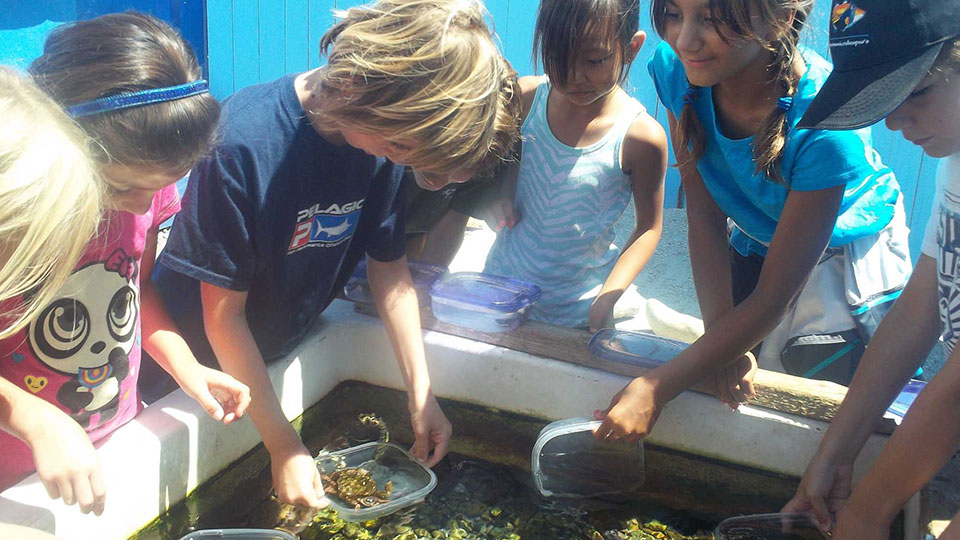 The SEA Lab is a great place for kids to learn about marine conservation.

Developed in 1977 as a place for camping and nature conservation, Hopkins Wilderness Park spans 11 acres and includes an amphitheater, three overnight campgrounds, public restrooms, and multiple ecological habitats. Kids love coming here to feed the fish and turtles, for which one can buy food from an on-site merchant. Bring some snacks and enjoy a wonderful picnic with friends and family. The park is a neighborhood treasure and makes living in Redondo Beach a true pleasure. 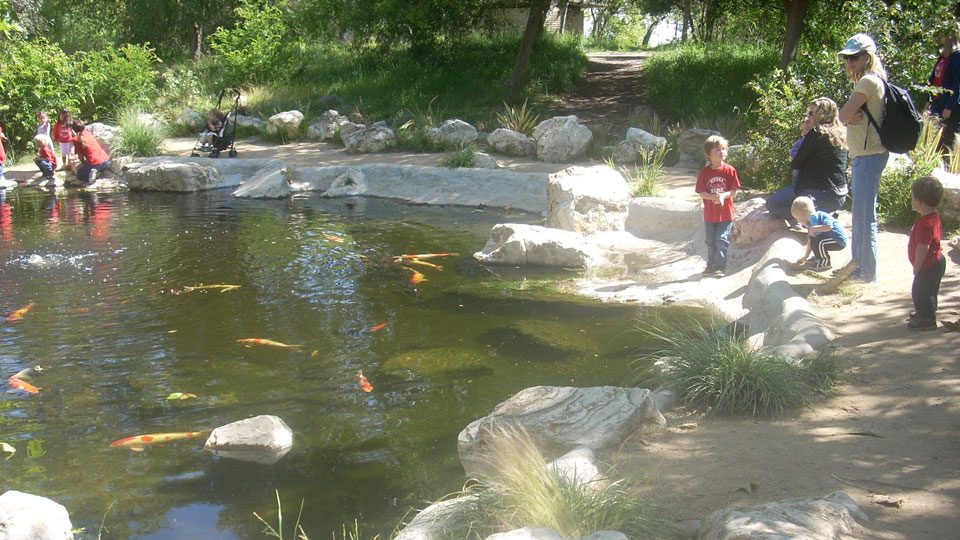 Living in Redondo Beach: A Tale of Two Neighborhoods 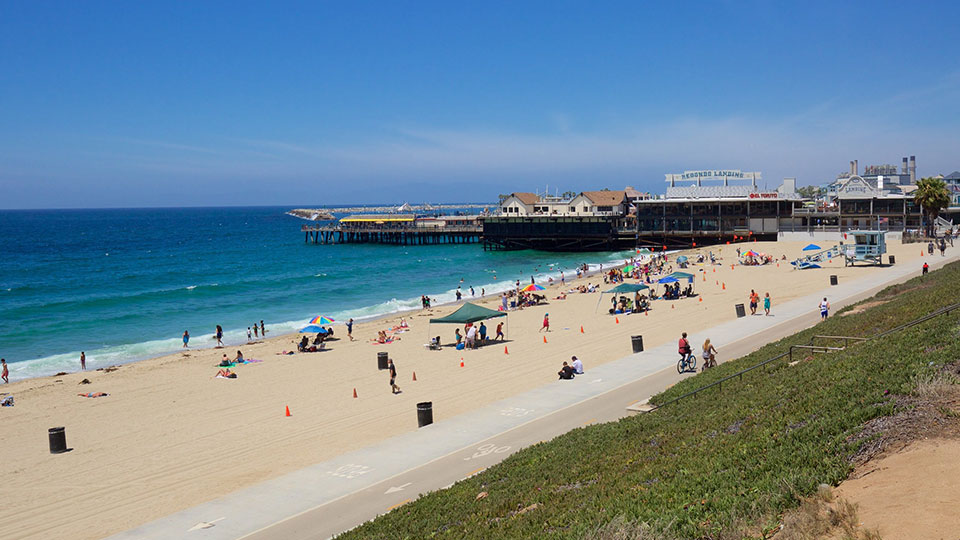