You are here: Home / Carson 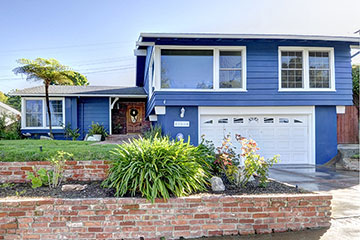 1921 marked the first drilling for oil at Dominguez Hill, on the northwest side of the Dominguez Rancho, site of the famous battle during the Mexican American war of 1846. Oil led to an increase in jobs in the community and a subsequent post-war population surge. Carson is bordered by Rancho Dominguez on the northeast, Compton on the Northeast, Long Beach on the south and Harbor Gateway on the west.

Carson experiences a warm-summer Mediterranean climate similar to that of the Los Angeles Basin with noticeably cooler temperatures during the summer due to the nearby Pacific Ocean. Carson is the site of California State University, Dominguez Hills. CSUDH is a major commuter school, particularly for students from surrounding cities of Long Beach, Gardena and Torrance.

Carson is also the home of Stub Hub Center, a sports complex used by the Los Angeles Galaxy soccer team. The center will be the temporary home of the Los Angeles Chargers of the NFL while they await the completion of their stadium in nearby Inglewood.

The city is well located and served by several freeways which make commuting anywhere in Southern California easy. The South Bay Pavilion, a major mall, offers numerous shops and restaurants including most of the major retailers. Homes in Carson are moderately priced and range from small post war homes built to accommodate the oil field workers of post WWII, split-level tract homes built in the 1970's and large homes and townhomes in upscale gated communities offering modern amenities and community pools.

Beautiful recently remodeled home with a panoramic view of the South Bay, St. Thomas Bridge, and Palos Verdes Peninsula. 5 bedrooms and 3 full bathrooms. 1 bedroom on the...

Location !! Location!! Location!! Stop renting now!! This unit may be available for a 1st time home buyer down payment assistance home loan programs. Why rent if you can ...

CASH Only Buyers, Property does not qualify for bank loans. As Is Condition, Fixer, Needs renovation. Bathroom under construction, ceilings and walls need repair. DO NOT...

Wonderful opportunity to own a home in a desirable neighborhood of Carson! You are instantly greeted with the lush and well manicured landscaping and tiled front patio th...

Welcome to a great opportunity! This 1,859 square foot house sits on a 6,270 square foot lot and features 4 bedrooms and 2 bathrooms. This property is priced to sell a...

Welcome to Carson Landing! An exciting, new, gated community with coastal-inspired architecture, an abundance of amenities and a central location making the most of L.A.,...

Own a piece of movie history with this beautifully upgraded home that was featured in a critically acclaimed short film. The perfect home for those that appreciate quali...

This is the perfect starter home in ideal Carson neighborhood of Lincoln Village . Great size driveway and an attached garage that has the laundry hook ups accessible. A...